What is Projectile Motion?
Two-dimensional Motion under a Constant Force.
So far we’ve been learning about motion in ONE dimension (linear motion).

What if there are 2 dimensions of motion?
In this case, there are 2 components that have to be taken into account.

In projectile motion, there is a CONSTANT FORCE being applied in ONE of the components.

For the next part, we’ll use the first example (an object thrown at an angle).

Now that you have these in mind, let’s see what you can calculate in this situation: 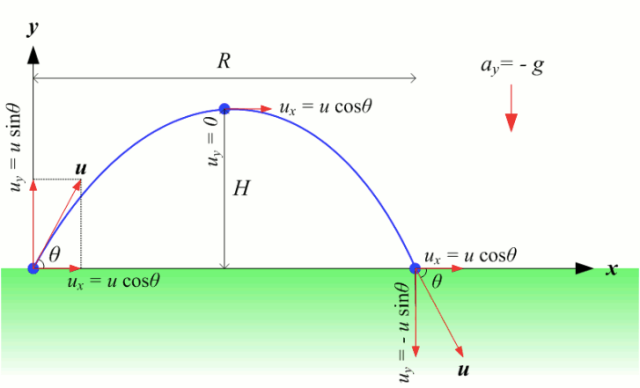