Here’s what we’re covering for today:

What is Ionic Bonding?
A bond formed due to the attraction between positive & negative ions.
Also known as an ELECTROVALENT bond.

*Once you have learnt about ELECTRONEGATIVITY, you can revisit this section:
Q: If ionic bonds are between a metal & non-metal, why do some metals form covalent bonds (such as AlCl3)?

A: Ionic bonding can be explained in terms of atoms having a LARGE difference in electronegativity.

In reality, there is no difference between ionic & covalent bonding.
Both lie on a spectrum, depending on electronegativity:

A visualisation of these 3 parts of the spectrum:
(it’s in the opposite order than the picture above. Apologies.)

What is Covalent Bonding?
A bond formed due to the sharing of valence electrons.
When two atoms share electrons, this means the electrons can exist in a space around BOTH atoms.
This will be discussed in-depth later, through the overlapping of orbitals.

Atoms share PAIRS of electrons.
Each pair of shared electrons is known as 1 bond:

The electrons of each atom that are NOT involved in bonding are called
LONE ELECTRONS, & are usually in pairs called LONE PAIRS.

Co-ordinate Bonding (dative covalent bonds)
When ONE atom in a compound provides BOTH the electrons needed for a covalent bond.

In a simple covalent bond, both atoms provide electrons to be shared.
In a co-ordinate bond, ONLY 1 atom does so.

In structural diagrams, you can show a co-ordinate bond by drawing an ARROW from the provider of the electrons.

What is Metallic Bonding?
Bond formed between atoms of metallic elements

Each cation has a strong electrostatic bond with the sea of delocalised electrons. 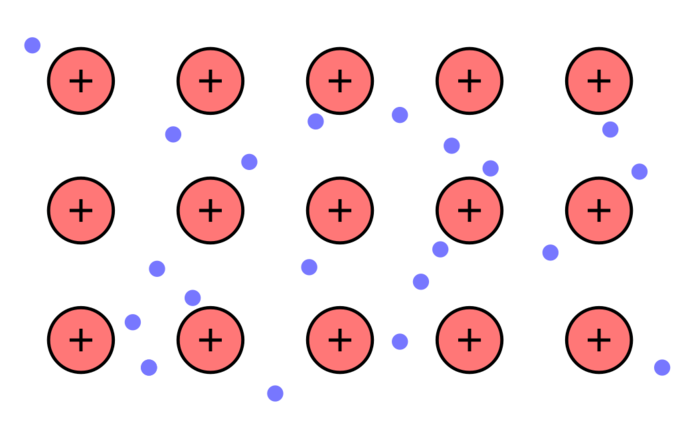 The strength of a metallic bond is determined by: